Showing posts from February, 2019
Show All

Why Get a Mentor? 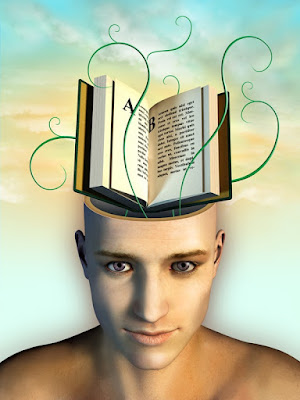 I thought about getting a writing mentor for a long time. Then I came across two things (well, three) that decided it for me. The first was the Australian Writers Mentoring Program founded by Kathryn Heyman to offer high-level mentoring to new and emerging writers. I read everything on the website and researched the mentors, including Toni Jordan. Then I read an essay over at Writers Digest, How I Stopped Sabotaging My Writing Goals: Confessions of a Late Bloomer by Andrea Jarrell. In that essay she writes: "working with a more experienced writer has been an essential part of my path." For me, that was the clincher. And I knew after reading three of Toni's novels that she seemed a good fit. I just had to find the money. Got a book in you? A mentor can help get it out. I talked to my partner. He agreed that it was worthwhile making the investment in me and my writing. It would mean giving up that annual holiday to the Bahamas (haha .. we don't have an annual hol
2 comments
Read more 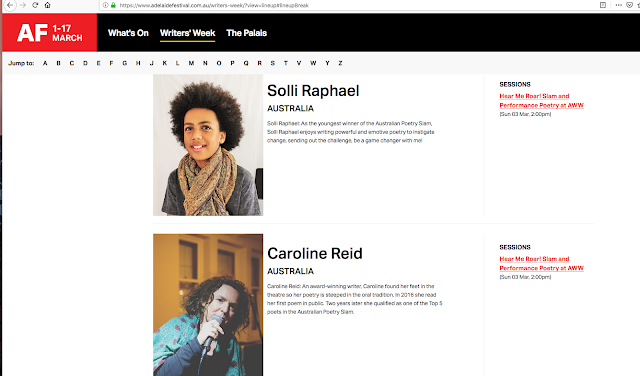 Sharing screen-time with Solli, Adelaide Writers Week Over the next month I'm performing at 4 diverse events that I'm thrilled to be part of.  First up, esteemed South Australian poet, Jude Aquilina will launch the poetry chapbook of Stephen House on Tuesday 12th February @ 6pm for a 6.30pm start @ La Bohéme on Grote Stre et in Adelaide City. The book, "real and unreal" is published by ICOE Press as part of their 2018 selected chapbook series. I'm going to MC the event; and Stephen, Jude and I will perform some of Stephen poems from the collection. Stephen's poems walk on the wild side, so if that's your thing then you won't want to miss this gig. And La Bohéme are known for their most excellent cocktails. Just saying. Second gig on the Feb calendar is Tenx9 Adelaide. Tenx9 is a regular monthly storytelling event where nine people have up to ten minutes each to tell a true story from their life. This month the theme is love ... obviously. La
Post a Comment
Read more
More posts