EMERGENCE Vintage Festival Art Prize Exhibition
Barossa Regional Gallery, Tanunda
Exhibition Opening: Thursday 15 April, 5.30pm
Public Opening: Thursday 15 April, 7pm
RSVP Essential: REGISTER HERE
Exhibition runs: 15 April - 7 June 2021
Earlier this year, the Barossa Regional Gallery and Barossa Council announced a call out for the Vintage Art Festival Prize 2021. The theme: EMERGENCE.
"Emergence is the process of becoming visible after being concealed – into existence, into prominence. Originating from the lation word 'emergere' meaning 'bring to light. Emergence straddles the edge of becoming, it is the unforeseen. As our lives unfurl across unexpected times, we are launched into a regenerative space of creation and renewal. What transformation will emerge from the ashes of best laid plans? What new growth has yet to shoot from deep transformation? What potential is rising to the brim?"

I submitted a work called Reminiscing Reimagined, which was accepted. My Artist Statement reads:
Reminiscing Reimagined emerged out of absence. My mother lives in Perth and has advanced Alzheimer’s disease. During the worst of Covid-19 I wasn’t able to cross borders to be with her. I had already been making pods that contained the small objects she no longer used like house keys, a library card, sewing paraphanelia. To express my grief, I began making empty pods. I chose vibrant colours that I knew my mother liked. And as I bundled, stitched and wove, memories of her emerged. I added umbilical cords; like the invisible threads of memory that connect us, they extend beyond what can be seen. Coiled, but not fastened, the nest has a cord too. One tug and the structure tumbles. The pods scatter. It is strong and vulnerable, both. This is what it is to be grieving. To be human. 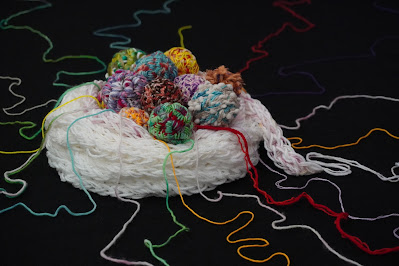 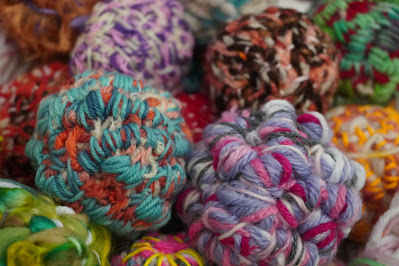 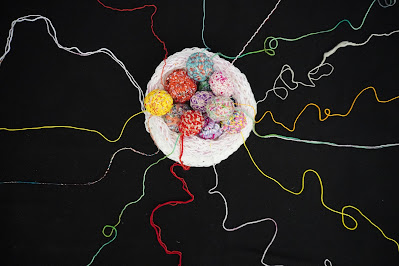 I am so pleased for this, especially thrilled that I know four other women/artist friends whose work is also in the exhibition. The work is on display for a couple of months (15 April - 7 June) at the Barossa Regional Gallery. What a good excuse to visit the Barossa! 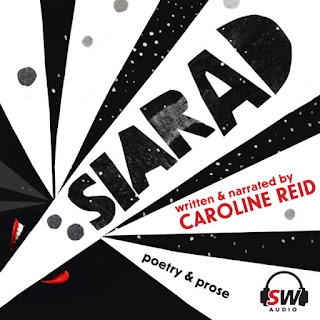